Drug resistance is a growing problem in modern medicine. The issue of drug resistance encompasses resistance of bacteria, viruses, parasites and other organisms to antibacterial agents and other drug treatments. This article examines the emergence of multidrug resistant pathogens and introduces a few of the methods available to address the issue – including some new developments at the frontiers of modern drug research.

Naturally available plants and moulds have been used for thousands of years (some more successfully than others) as a treatment for a broad range of ailments. However, it is only over the last couple of centuries that medicine has matured into an important field in modern science, and the use of drugs has led to a marked improvement in hygiene, health and life expectancy.

Since the discovery of penicillin in 1928, the use of antibiotics and other medicinal drugs has become a global industry with a value measured in hundreds of billions of dollars. Indeed, the use of drugs – including antivirals and antimicrobial agents – are central to medicine today. The use of manufactured antibiotics is now widespread both in humans and in livestock. We rely on antibiotics, antivirals, vaccines and other forms of medicine to protect us against sickness and disease. However, there is a problem….

When bacteria are exposed to an antibacterial agent, many of them are likely to die out, but generally the bacteria that do not die are the ones with the highest level of resistance. With continuing use of a particular antibiotic, the bacterial population evolves an increasing level of resistance. Similarly, viruses (such as the influenza virus) adapt over time to become increasingly resistant to antiviral drugs. There is a constant battle in the pharmaceutical sector to develop and distribute new drugs before pathogens can evolve to defeat them.

An increasing number of organisms are evolving resistance to multiple drugs, making them especially difficult to treat. Examples of ‘multidrug resistant’ pathogens include the bacteria: Methicillin Resistant Staphylococcus Aureus (MRSA), which is becoming an increasing concern for hospitals and care homes, and Vancomycin-resistant Enterococcus, which also threatens hospitals, and occurs in intensively farmed chickens.

There are various approaches for combating drug resistance in bacteria, viruses and other pathogens:

One option is to avoid unnecessary use of antibiotics. The emergence of multidrug resistant bacteria is a consequence of the widespread use of antibiotics and other forms of medicine, so decreased usage of antibiotics should help to slow the evolution of drug resistant traits. Many of the traits evolved to protect pathogens from antimicrobial agents involve a high metabolic cost so in the absence of these agents, many of these traits will naturally be selected against. We can substantially reduce the use of antibiotics both in cleaning of homes and facilities, and in medical treatment. However, it is not realistic to stop using antibiotics entirely as (in the absence of alternative treatments) this would leave us vulnerable to a wide range of infections that are now considered ‘treatable’.

Cytokines are a class of immunomodulating agents, which alter the process of cellular communications and can be used to promote a stronger immune response. Replacing antibiotics in animal feed with cytokines should reduce the spread of drug resistance in animals. Because Cytokines boost immunity rather than fighting pathogens directly, there is believed to be a lower risk of pathogens developing immunity.

A partial solution is to avoid using short courses of a single antibiotic. Often, traits that give bacteria resistance against one drug will be ineffective in protecting them from another. If you use a ‘wide spectrum’ of different antibiotics then you can reduce the chance of any pathogens surviving, and therefore, reduce the likelihood of immune variants evolving. Similarly, if patients stop taking a drug prematurely, there is an increased risk that the most resistant bacteria will survive – yielding increasingly drug resistant strains. Therefore, where antibiotics are used, it is important that they be used in sufficient quantities, and over sufficient periods, to mitigate the risk of resistant strains surviving.

The success of the Smallpox vaccine showed that decisive and widespread action across a population could successfully eliminate a disease. The challenge here was to treat (or vaccinate – in this case) a large enough portion of the population to effectively eradicate the virus before it had time to evolve.

Bacteriophages are another option for treating pathogenic bacteria. Bacteriophages are viruses that can infect and kill bacteria. Phages are highly specific – potentially attacking a particular pathogenic bacteria whilst leaving other, ‘useful’ bacteria unharmed. Also, whilst it is possible that bacteria may become resistant to a specific phage virus, it is hoped that this problem may be easier to overcome than traditional drug resistance. However, whilst phages have been broadly used in former Soviet countries for many decades, they are still being tested elsewhere and have yet to gain widespread approval.

A recent article in Pharmaceutical International reported on MIT’s DRACO drug (Double-stranded RNA-Activated Caspase Oligomerizer), which is intended to target a broad range of viruses (potentially effective against virtually all viruses). It is hoped that since the drug detects and attacks all cells with double stranded RNA – a general signature of viral infection – it will be very difficult for viruses to develop drug resistance.

In this article, we have explored several possible approaches to the problems of drug resistance, but this is an active field and an ongoing area of research. Subscribe to our newsletter for the latest updates on new research and developments in the pharmaceutical industry. 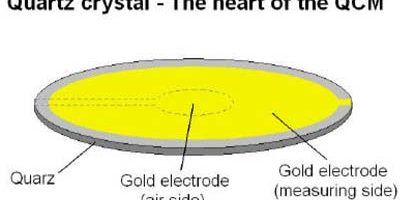 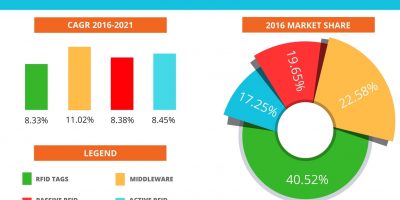